This year’s theme is Together: Resisting, Supporting, Healing and today we join together to celebrate sexual and gender diversity, and show our support for the campaign against the violence and discrimination experienced by LGBTI people internationally.

According to the day’s official website, www.dayagainsthomophobia.org, there are over 70 countries in the world where same-sex relationships are illegal, and in around 10 of these countries the punishment could be death. It is also estimated that 70% of the world's population live under laws and regulations that limit freedom of expression around sexual orientation and gender identity.

At Indepth, diversity and inclusivity influence our policies and culture at all levels. Because of this, we do not discriminate for any position or for any reason, including race, religion, ethnic origin, gender or sexuality. We pride ourselves on being an equal opportunities employer and we believe that all our employees deserve to be treated with respect and dignity. 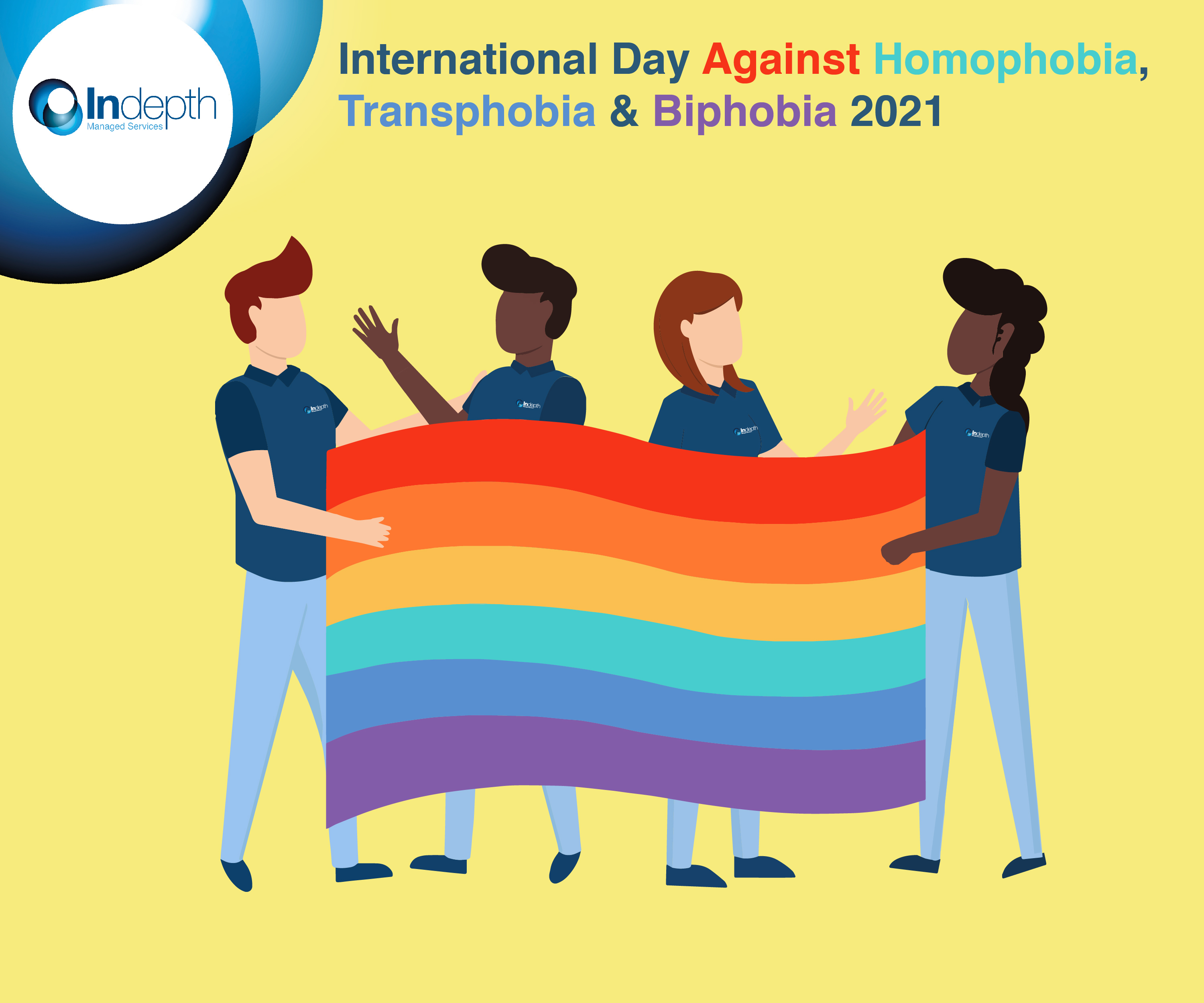